A series is a sequence of number/alphabetical letters or both which follow a particular rule. Each element of series is called 'term'. We have to analyse the pattern find the missing term or next term to continue the pattern. 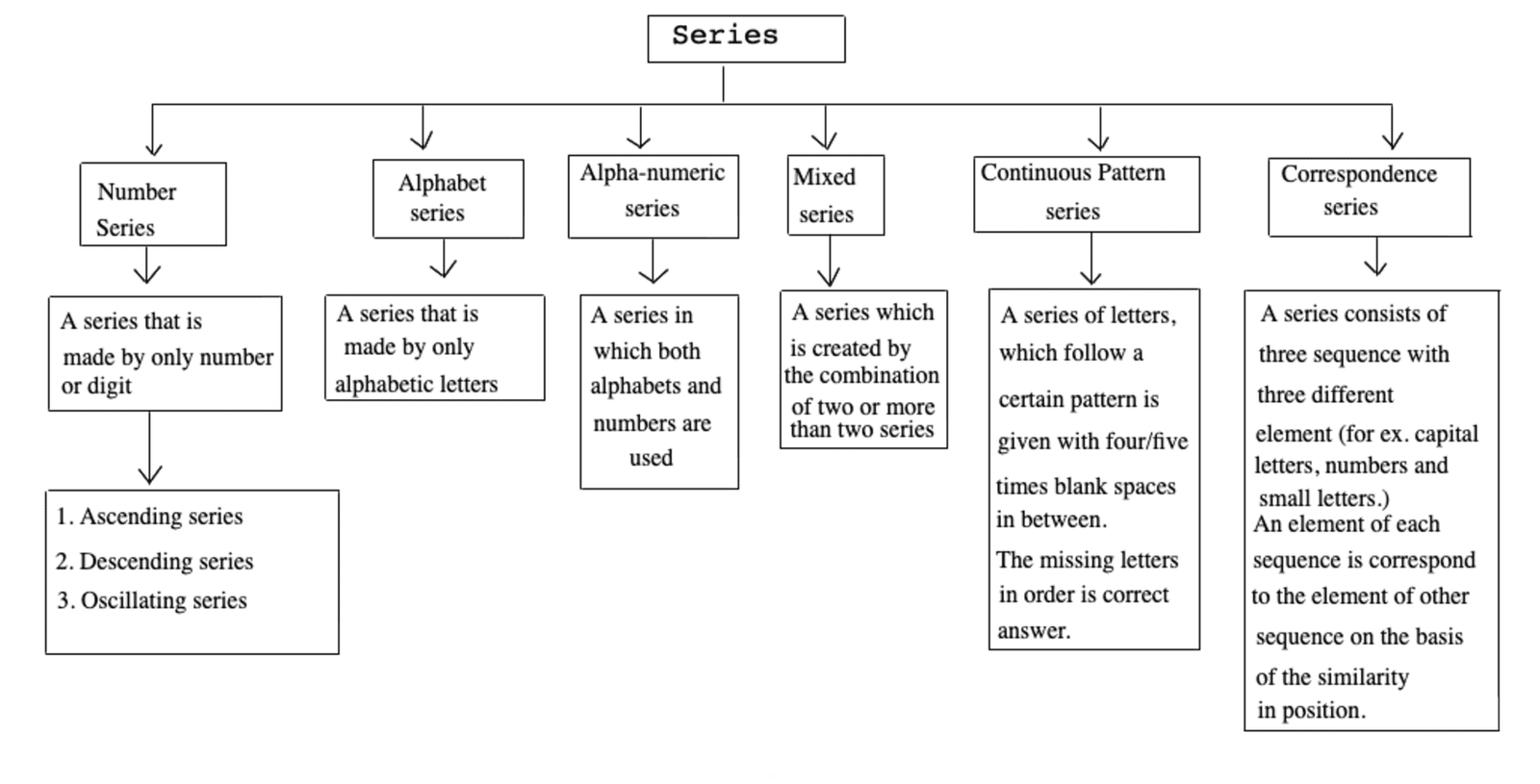 There are mainly six types of series completion.
They are as follows

• Even and odd numbers.

• Square and square roots of a numbers.

• Cube and cube roots of a numbers 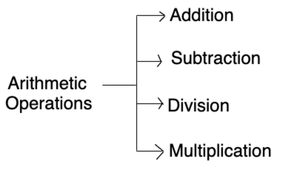 This type of series are based on square of a number which is in same order and one square number is missing in that given series.

Perfect Cube series is a arrangement of numbers in a certain order, where some number which is in same order and one cube is missing in that given series.

Mixed number series is a arrangement of numbers in a certain order. This type of series are more than are different order which arranged in alternatively in single series or created according to any non conventional rule..

When numbers are a series of prime numbers.

Here, the terms of the series are the prime number in order. The prime number, after 13 is 17. So, the answer to this question is 17.

It can be explained by below example.

Here, the series is framed by taking the alternative prime numbers. After 23, the prime numbers are 29 and 31. So, the answer is 31.

Here, the difference of any term from its succeeding term is 3.

#7: The difference between two consecutive terms will be either increasing or decreasing by a constant number.

#8: The difference between two numbers can be multiplied by a constant number.

Here, the difference between two numbers are

#9: The difference can be multiples by number which will be increasing by a constant number.

The difference between two number are

#10: Every third number can be the sum of the preceding two numbers.

#11: Every third number can be the product of the preceding two numbers.

Here, starting from the third number

#12: Every succeeding term is got by multiplying the previous term by a constant number or numbers which follow a special pattern.

#13: In certain series the terms are formed by various rule (miscellaneous rules). By keen observation you have to find out the rule and the appropriate answer.

As discussed above, we may label the given series as I and them form series II to IV as shown, below:

In this type of questions, a series of numbers is given which follow a certain pattern and one its term does not fit into the series. The candidate is required to identify the pattern involved in the formation of series and then find out that number which does not follow the specific pattern of the series. The particular number is the wrong term in the series.

Example  One number is wrong in the following series. Find out this wrong number.

The pattern is as follows

Hence number 15 is wrong and should be replaced by 17.

A series that is made by only alphabetic letters.

In this type, letters of English alphabet are arranged in particular pattern like reverse order of letters, skipping of letters, position of letters in alphabetical order etc.

• Remember all the alphabets and their place number.

Sometimes a word or a sentence is coded by changing the position of English alphabet letters according to a definite pattern, so it is necessary to remember the positions of all the letters in English alphabetical order, both in forward and backward order. 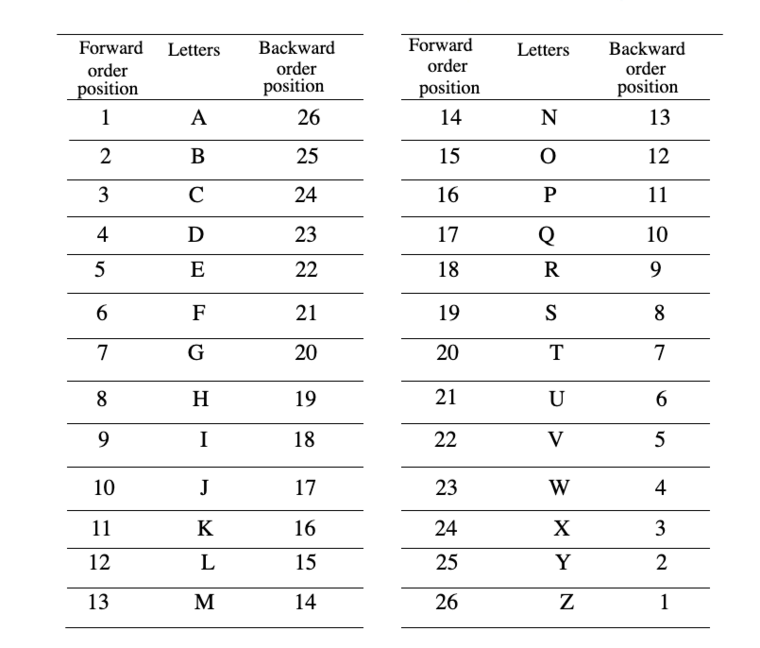 • Methods to Remember the Position of Letter in English Alphabet

Some methods/techniques are given below to remember the position of English alphabets in forward or backward order.

1. By using EJOTY and CFILORUX formulae, we can easily remember the position of letters of English alphabet in forward order.

2. By using V Q L G B and X U R O L I F C, we can easily remember the position of letters of English alphabet in reverse order.

These kind of problems used both mathematical operation and position of letters in the alphabet in forward backward order.

A series formed with the combination of more than one series.

There are two interwoven series.

Hence, the missing term is V.

The given sequence consists of two series.

Both consisting of alternate letters in the reverse order.

In such series, first part is written in reverse order of the second part of the series.

Hence, the missing term is R.

Series Having Group of Letters as Its Elements

In such series, each element consists of group of letters instead of a single letter.

Solution: Pattern of the series as shown below

Hence, the missing term is LDP.

In this type, a series of small/capital letters are given which follow a particular pattern. However, some letters are missing from the series. The series follows a specific pattern and candidates are required to find the letters which should come in place of the blank space or question marks.

Example  The following question is based on the letter series. In each of these series, some of the letters are missing. Select the correct alternative.

Solution: Pattern of the series are shown below

This type of series consists of three sequence with three different elements (usually capital letters, digits and small letters). On the basis of the similarity in position in the three sequences, a capital letter is found to correspond with a unique digit and a unique small letter, whenever it occurs. The candidate is required to trace out this correspondence and accordingly choose the elements to be filled in at the desired places.